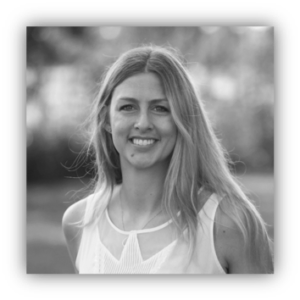 Blog Post is written by: Laura Kasey Assistant Coach/Recruiting Coordinator at the University of Minnesota. She also serves as the JVRA DI Advisory Board Chair.

Heading into my 12th year as a D1 recruiting coordinator, I have seen both small and large changes in the NCAA rules regulating our great sport.  To date, we have survived them all.  Today, I will give some thoughts and tips with regard to the recent opening of the NCAA transfer portal.

The transfer portal is turning out to be perhaps less drama than some people feared it might be.  I have seen no tidal wave of free agency for student-athletes in these first months of its implementation.  So far it seems to be doing what it was intended to do: provide an open and compliant database for SA’s to make their intent to transfer known to other NCAA institutions.  Seems a lot easier than looking up and sending a few hundred emails to coaches!  It also allows institutions with a positional need to keep an eye on SA’s who they might not otherwise know about.  I’m not discounting the fact that some coaches might have been blindsided by transfer requests from their student-athletes.  However I would argue that points to possibly preventable communication issues within a program.

Are there still the middle-people that have been a fixture on the transfer scene?  Yes, of course.  And coaches are communicating with these people in likely both permissible and impermissible ways.  Let me clarify quickly what the difference between the two is:

Permissible: A college coach calling club directors letting them know they have a positional need for a transfer.  They can give specifics of what they need and have: level of play, years of eligibility, scholarship possibilities, etc.  A club coach can also call a college coach and say “I have a player looking to transfer, do you have a need?”  Here’s where that can remain allowable or steer into a violation:

Permissible: They may say, “We have a need for a transfer middle, and have scholarship money available, but we cannot speak to or about specific athletes unless they are on the transfer portal”.

If the college coach is found to have strayed into impermissible communication, whether they were asking for messages to be passed on to specific athletes or just straight up contacting SAs directly, they could be hit with a Level 2 violation.  Level 2 violations are considered a significant breach of conduct and can result in real penalties for the program.

1) The only change made to the ELIGIBILITY of a transferring SA is to the NCAA’s one-time transfer rule.  Any currently eligible SA may transfer without having to sit a season to another 4 year institution ONCE, providing that their original institution grants an exception to the residence requirement. (Institutions typically do grant the exception.)

2) NLI rules still apply. Freshman who have signed an NLI are still bound by the NLI’s year in academic residence requirement.  Their current institution would have to be willing to release them from their NLI for the SA to transfer after only one semester.

3) Conference transfer rules still apply.  For example, the Big 10 Conference has an intra-conference rule requiring transfers to sit out a season.  There is of course a waiver process (which was applied to a few recent transfers).

My recommendation for all involved: communicate and get the facts.  College coaches – it’s always important to communicate well with your incoming and current student-athletes.  Those regular conversations should include listening and being honest, not just saying what the SA’s want to hear.  Many personnel problems can be comfortably headed off by talking out little issues before they become big ones.  Conversely, while coaches generally prefer to keep a pristine APR, it may be in the best interest of the person and the program to just move on.  If you are seeking transfers: yes, reach out to your contacts to let them know in generalities what your program needs.  But don’t fish about specific athletes.  And don’t have any communication with student-athletes at other institutions unless they are on the transfer portal.  Level 2 NCAA violations will hurt your program and your career.

Club and high school coaches and staff: you can help your current and former members. Please educate your current athletes on transfer considerations as part of your recruiting educational programs.  An option to help former athletes is to put transfer information on an alumni link on your club website or include it in a newsletter to your mailing list.  If you get a phone call from a former athlete or their parent, share the NCAA rules.  But also, encourage them to have an open and honest dialogue with their current coach.  If they are unhappy, it’s quite possible their coach can either make changes to address the issues, or even help the SA find a better fit elsewhere.  Lastly, don’t partake in tampering.  College coaches can not and should not ask to pass messages to specific athletes.  (Besides, it is cruel and unethical to reach out to an athlete unsolicited to plant seeds of “what if” in their head about another program.)

People view transfers from many different lenses.  From my perspective, the idea that well-laid plans always stay well-laid is naïve at best.  Coaches change, academic interests change, and athletes grow into having different wants and interests.  (Shocking for someone in their late teens and early 20’s, I know!)  On the flip-side, a student-athlete’s idea that the grass will be greener elsewhere may end up disappointing.  If the issue is some guarantee of playing time, they’ll keep finding disingenuous people willing to make that shaky promise.  But the thing that they will run out of quickly: the one-time transfer exception.  So here’s to everyone helping young people have an educated and empowered recruiting process!   Hopefully just once around, but a second or more if need be.