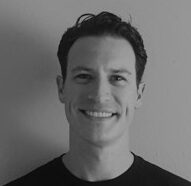 Kevin Hodge is the newest addition to the JVRA Executive Board and will serve as the Advisory Board Chair.  He is also the Indoor Recruiting Coordinator and Director of Operations for WAVE Volleyball.

He has been coaching since 2003 at both the college and the club levels. Technique and process are his focus in the gym, whether it is a practice or individual training session. Positivity and problem solving are a large part of his teaching and training method.

Kevin attended and competed for Penn State University (1998-2002) at the Division I level. During his time there he was named to the EIVA All-Tournament Team (2001) and helped guide his team to four consecutive NCAA Final Four appearances. Upon finishing his eligibility, Kevin joined the Women’s Volleyball Program at Penn State as a Volunteer Assistant Coach (2003-2005) to learn from one of volleyball’s legendary coaches, Russ Rose. During his three seasons with the Nittany Lions the team won three Big Ten Conference Titles (2003, 2004, 2005). From there Kevin went on to become an assistant coach for the Women’s Volleyball Team at the University of Cincinnati (2006).

While in Cincinnati Kevin also coached club volleyball at Team Z (2007-2008), guiding his team to a 3rd place finish at the inaugural JVDA Tournament. He then moved out to Southern California, where he has continued his career as a club coach and as an assistant director.

At his former club, he coached girls 15-1, 16-1 and assisted 18-1 teams throughout the years. His teams have won gold at the Far Westerns Qualifier, Northeast Qualifier and the SCVA Qualifier. He has also served as the assistant coach at Saddleback College. Kevin is considered as one of the top coaches in the region and is excited to continue his career working with youth volleyball athletes at WAVE.