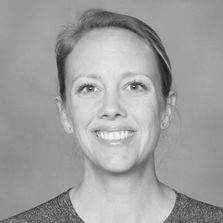 Kara is entering year 18 of coaching club volleyball. She started her club coaching career in 2002 with her club career alum, Texas Tornados VBC, in Cypress, Texas. In 2010, Kara made the move to Houston Juniors VBC, to help continue to run the oldest club in the City of Houston. In 2010, Houston Juniors went from 4 teams to 27 teams. Over the course of the last 8 years, Houston Juniors has grown to be one of the largest and most successful clubs not only in Texas, but in the Country.

As a Recruiting Director, she has developed relationships and gained knowledge of the wants and needs for college athletic programs from all levels. Her passion and drive to make sure both players/parents and college coaches are put in the best positions to be successful. Previous successes are securing 98% of each senior class into the next level of their volleyball careers.