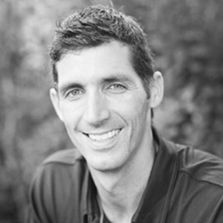 Founder/Owner/Director of A4 Volley based out of Foothill Ranch, CA.  Involved with club volleyball in either coaching/director capacity for the past eight years. In four seasons, A4 has quickly established itself as one of the elite volleyball clubs in the country, winning medals in multiple major USAV, JVA, and AAU events. A4’s membership has grown to serve approximately 300 club members and another 150 through their youth programs.

Aside from volleyball, Joaquin is also a licensed attorney in CA and FL.  He worked for approximately two years at the Manhattan Beach based law firm of Reback, McAndrews, Kjar, Warford, Stockalper and Moore LLP specializing in medical malpractice defense. Joaquin is the oldest of four brothers, was born and raised in Puerto Rico, and now resides in Orange County, CA with his wonderful wife Coral who now runs the administrative side of A4 Volley, and their three kids: Joaquin Andres (5), Andrea Isabel (2), and Javier Andres (7 months).