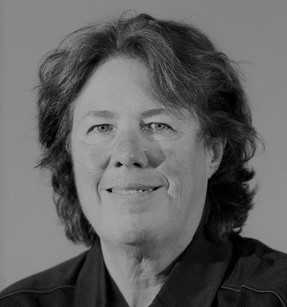 Denise has recently retired from Stanford University as Associate Head Coach, ending her illustrious career with back-to-back National Championships. Her passion for the sport and education continues as she joins the JVRA Executive Board.

A former U.S. National Team player and one of the nation’s most respected assistants, Denise Corlett spent 32 years on The Farm as an interim head coach, an associate head coach and an assistant coach. In 2019, she completed her 24th year in the associate head coach role of the indoor team and 31st overall on staff. She is a two-time AVCA National Assistant Coach of the Year, most recently receiving the honor in 2012.

Corlett also made a name for herself at the national level. She spent the summer of 1993 serving as an assistant coach for the silver medalist U.S. National Team at the World University Games in Buffalo, New York, which included former Stanford All-American Cary Wendell. Corlett also spent time with the 1997 World University Games squad, which featured Stanford products Eileen Murfee and Lisa Sharpley.

During the summer of 2009, she served as the head of delegation for the Junior National Team at the World Championships in Mexico. In 2013, she was a team manager for the U.S. Junior National Team, which featured Jordan Burgess, Kelsey Humphreys and Merete Lutz in the Czech Republic.

Prior to coming to The Farm, Corlett served as an assistant at San Jose State during the 1987 and 1988 seasons. During that time, the Spartans went 42-24 and reached the NCAA Tournament twice. Before her tenure at San Jose State, Corlett spent five years assisting at UCLA, her alma mater. Corlett served as a graduate assistant for two years and a volunteer assistant for three seasons, helping the Bruins to the 1985 Final Four. She also spent time as the business manager for the U.S. Women’s National Team.

Corlett received a bachelor’s degree in mathematics from UCLA in 1981. At UCLA, Corlett played three varsity sports and was named the All-University Athlete of the Year in 1979. She was the national badminton champion in 1977 and won the Broderick Award in that sport. She was a three-time All-American in volleyball and played on the Bruins’ national championship women’s basketball team. She led her USVBA team to national championships in both 1978 and 1979, played for the USA in the 1979 University Games in Mexico City and played for the U.S. National Team in 1982 and 1983. In 1997, she was selected as one of the top 25 players in UCLA women’s volleyball history and, in 1999, was inducted into the UCLA Athletics Hall of Fame for volleyball, basketball and badminton. Her class included track and field great Gail Devers and football quarterback Troy Aikman. In 2005, Corlett was named to the Cal-Hi Sports Top 100 Female Athletes list.